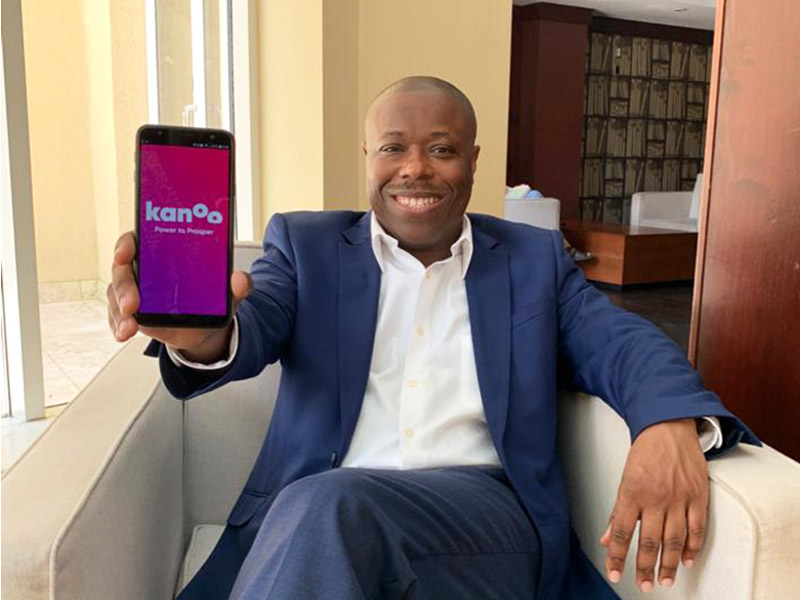 In less than ten months, digital payment provider Kanoo has grown its active users from a couple of dozen to almost 13,000 people who are making digital fiat transactions daily.

Kanoo’s Chief Executive Officer Keith Davies said this growth is indicative of the times given the COVID-19 pandemic.

Davies added he foresees this form of financial transaction experiencing a groundswell of adoption.

“Because of the circumstances that we find ourselves in, we’re going to see adoption take place. We categorize them as early adopters, late adopters, and never adopters. The early adopters typically tend to be the younger adopters, technically savvy persons, and are not afraid of change and new technology coming to the fore. They will adapt immediately because it saves them time, they’re used to doing transactions online, which makes doing those transactions easier. So you’re going to see a section of the population where it’s not a big deal,” he told Guardian Business yesterday.

“We are beyond 12,000 and approaching 13,000 users shortly, and we started with a couple of dozen persons back in December.”

Davies continued, “Let me distinguish, not 13,000-plus downloads. These are 13,000 active users; people identified and using Kanoo. Companies always do this, well I have 50,000 downloads, but how many people are actually using it?”

In addition to growth in users, the company has seen an equal increase in merchants’ adoption of this new form of payment.

“I remember we started with literally two companies, but we’re now well over 100. So have companies adopting it, people becoming more comfortable with it and the need and the necessity for electronic payments to consummate a transaction,” he said.

“Like with curbside, you have to call in with your order. Just imagine if you pick up your phone, take your order and tell you your amount, you type it into your phone, and instantly the Sand Dollar is deposited into the merchant’s Sand Dollar account with Kanoo. There’s no need to involve a bank; there’s no need for fees, you’ve made your payment, you’re done.”

But with the majority of Bahamians still uneasy about new technologies and their finances, Davies said education is going to be key to let Bahamians know that the Sand Dollar is safe because it is backed by the Central Bank and is secure.

“We are one of the few authorized financial institutions that have incorporated and been given the go-ahead because we carry a level two security clearance to incorporate Sand Dollar directly into our app,” he said.

“What that means is you don’t have to go to any other place to use Sand Dollar. You can use it within Kanoo. That was a very rigorous process. We spent some good time on that putting in the work to make ourselves security worthy of allowing that to occur.”

Kanoo was also named as one of a handful of authorized financial institutions (AFIs) granted to onboard Sand Dollar users.

“The Sand Dollar is significant. Bahamians should be proud because we’ve done something that is a first in the world. We have launched a Central Bank digital currency that is legal tender. If you can imagine, if I send you a dollar in payment for a good or service, there’s nothing else that needs to happen other than you receiving it,” Davies said.

“By credit card, you have to wait for those funds to clear and be deposited into your bank account. If you pay with any other form of digital currency, it’s still representative of something that’s somewhere else. The Sand Dollar is a final, full, complete settlement, so it is something that we have already adopted and will be utilized as a part of the Kanoo platform so that you could simultaneously use your Kanoo cash card as well as the Sand Dollar.”

The Sand Dollar is being rolled out nationally today.