A Bahamian digital payments provider yesterday said it expects its near-20,000 client base to “increase exponentially” after enabling them to transact in Sand Dollars without any restrictions.

Keith Davies, Kanoo’s chief executive, told Tribune Business it had beaten the Central Bank’s “interoperability” deadline for the Bahamian digital currency by a month with its clients able to transact in Sand Dollars with customers of other providers as of today.

Arguing that The Bahamas was achieving “a world first” through the Central Bank digital currency, and “we need to beat our chest a bit more” on the country’s digital payments transformation, Mr. Davies said that prior to achieving “interoperability” or systems integration Kanoo customers were only able to transact in Sand Dollars with one another. “What we have done is set up our system such that anybody from any authorised financial institution (allowed to provide Sand Dollars), whether they are coming into Kanoo or Kanoo customers are going out, can transact in Sand Dollars,” he told this newspaper.

“All our merchants can receive payments from all and sundry who have a Sand Dollar card now or in the future. You don’t have to worry about driving yourself out of business. The Central Bank had set a deadline of the end of March, and we beat it by a whole month. We are there. It’s being turned on right now. Monday morning interoperability will be here, live and available in The Bahamas.”

Mr. Davies said the Sand Dollar roll-out’s progress was such that the Central Bank’s goals of improving Bahamian financial inclusion, eliminating the use of cheque payments, and reducing reliance on cash were now close to the early stages of being realised.

“We’ve opened up the technology to include everyone and everybody,” he added. “Our merchants can rest assured that they’re part of the digital economy. The main benefit is inclusion, opening up the market, and giving people options.

“The biggest thing you can do in business is simplify how you transact with your customers. When you have restrictions and restraints, that costs money. What we are seeing, particularly with the merchants, is that they can now transact in multiple ways and in multiple forms.

“You’re in business to make money, and the way you do that is sell goods and services. If you have the possibility to do that cheaper and quicker, you have an advantage.”

Mr. Davies said Kanoo, which is an authorised financial institution for handling Sand Dollar transactions, has been “inundated with requests” from persons inquiring about its use and wishing to open an electronic wallet account.

Adding that he had “stopped counting” when Kanoo passed 10,000 users, he asserted: “If we do what we’re supposed to do, those numbers will increase exponentially as we go forward. But this is not a numbers game.

Kanoo and its parent, CaribPay (Bahamas), said in a statement yesterday that they aimed to replicate their work with the Sand Dollar elsewhere in the Caribbean as part of a “natural evolution.” 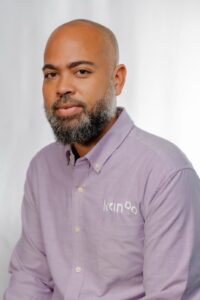 “Kanoo merchants and users were the world’s first to be enabled with direct access to Sand Dollar transactions and accounts through Kanoo’s App and business services. Our users can now transact those Sand Dollars with any other Sand Dollar user outside of the Kanoo ecosystem, including customers of any other authorized financial institution.”

He continued: “For our team, this is certainly one of our proudest moments. However, we have a lot more development envisioned around the Sand Dollar and digital technology offerings.

“The world is watching The Bahamas closely as we build out the infrastructure and best practices for Central Bank digital currency adoption globally. We are now planning our strategy for the next phase of the Sand Dollar evolution, giving users the ability to move funds in and out of their bank accounts to their Sand Dollar ledgers using the ACH (Automated Clearing House) system. This represents a significant game-changer for Bahamians and  Central Bank digital currencies as a whole.”